I have compiled my top food quotes for you to enjoy most of them are funny food quotes if you would like to share any food quotes here just add them in the comments below and I will add them. If you like quotes check out the top 50 famous thank you quotes, and love quotes

“They just opened a Starbucks in my living room.”
Janeane Garofalo

“My favorite part of the body is the navel. I like to eat celery in bed
and it’s an excellent place to keep the salt.”
Gerard Hoffnung

“You can’t get Dairylea cheese triangles in Bermuda.”
Tim Vine

“Melon is a good fruit: you eat, you drink, you wash your face.”
Enrico Caruso

“The champagne’s all right, but the black currant jam tastes of fish.”
Derek Randall about caviar

“I’ll have a double cappuccino, half-caf, non-fat milk, with enough foam to be aesthetically pleasing, but not so much that it would leave
a moustache.”
Niles Crane, Frasier

“According to my jar of pickles there’s a 24-hour pickle hotline. I guess that’s if you got brine problems that just can’t wait until morning.”
Tim Steeves 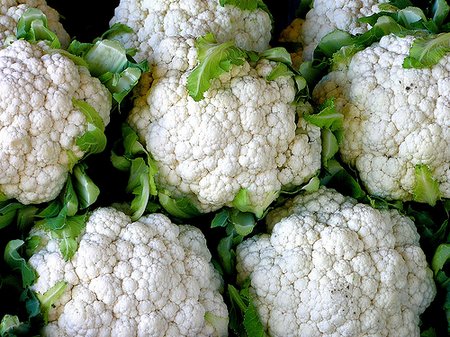 “Training is everything – cauliflower is nothing but cabbage with a
college education.”
Mark Twain

“I like vending machines, because snacks are better when they fall.”
Mitch Hedberg

“Fun-sized Snickers? Who’s this fun for? Not me. I need six or seven of these babies in a row to start having fun.”
Jeff Carlin

“Just give me chocolate and nobody gets hurt.”
Slogan on T-shirt

“I ordered a soda – caffeine-free, low sodium, no artificial flavors.
They brought me a glass of water.”
Robert Murray

“You never know where to look when eating a banana.”
Peter Kay

“I don’t drink water. Have you seen the way it rusts pipes?”
W.C. Fields

“There are so many flavors of Coke now – Coke with lemon, Coke with vanilla, Coke with lime, Cherry Coke, and they’ve just brought out another new flavor – Coke with Pepsi.”
David Letterman

“Diet Coke with lemon – didn’t that used to be called Pledge?”
Jay Leno

“Someone once threw me a small, brown, hairy kiwi fruit and I threw a waste basket over it until it was dead.”
Erma Bombeck

“I just heard I won a competition. The prize is a year’s supply of Marmite – one jar.”
Tim Vine

“Food is an important part of a balanced diet.”
Fran Lebowitz

“Fish is the only food that is considered spoiled once it smells like what it is.”
P.J. O’Rourke

“You get about as much actual food out of eating artichoke as you would licking thirty postage stamps.”
Miss Piggy 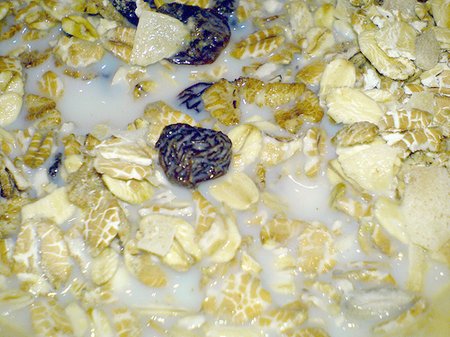 “A friend of mine drowned in a bowl of muesli. A strong currant pulled him in.”
Tommy Cooper

“The process of making onion soup is somewhat like love – commitment, extraordinary effort, time, and will make you cry.”
Ronni Lundy

“My friend, Lily, can recognize 157 different types of cheese just by looking at the labels.”
Mrs Merton

“Cured ham? No, thanks pal – cured of what?”
Tommy Sledge

“An onion can make you cry, but there has never been a vegetable invented to make you laugh.”
Will Rogers

“Chop sticks are one of the reasons the Chinese never invented custard.”
Spike Milligan

“The hole in the doughnut is the most digestible part.”
H.L. Mencken

“I cook with wine. Sometimes I even add it to the food.”
W.C. Fields

“How to eat spinach like a child: divide into piles. Rearrange again into piles. After five or six manoeuvres, sit back and say you’re full.”
Delia Ephron

“Would you like a prawn cocktail?
No thanks, I don’t drink.”
Jeff Stone

“I bought a box of animal crackers and it said on it, ‘Do not eat if seal
is broken.’ So I opened up the box, and sure enough…”
Brian Kiley 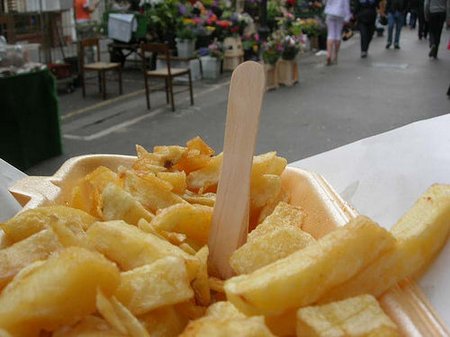 “The great British contribution to world cuisine is the chip.”
John Cleese

“Why don’t they just spell it ordervs?”
Holly Thompson

“When I ask for a water cress sandwich, I do not mean a loaf with a field in the middle of it.”
Oscar Wilde

“I was eating a lot of frozen TV dinners when I realized they would probably taste better if they were warm.”
Yakov Smirnoff

“A refrigerator is a place where you store leftovers until they’re old enough to throw out.”
Al Boliska

“Our toaster has two settings: too soon or too late.”
Sam Levenson

“I think Pringles’ initial intention was to make tennis balls. But on the day the rubber was supposed to show up, a big truck load of potatoes arrived instead.”
Mitch Hedberg

“Peckish is not the word! I feel like a homeless tapeworm.”
P.G. Wodehouse

“I think they should put a warning label on strawberries: Caution
tastes nothing like a strawberry milk shake.”
Ryan Kaplan

More From: Cooking Tips and Recipes

Back to Top
Close